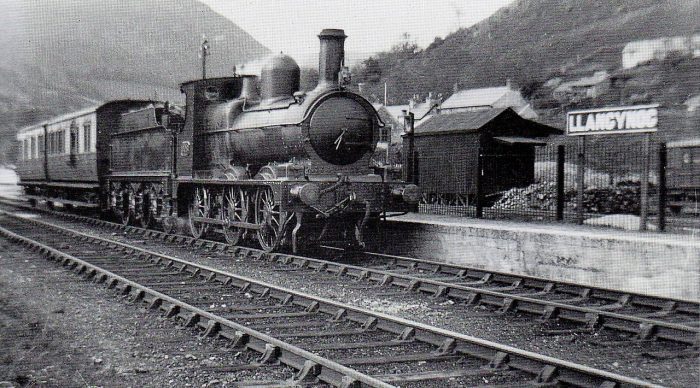 There is plenty of history that surrounds us at Henstent Park starting right on our doorstep. Let us guide you through the history of our small village town of Llangynog.

The small village of Llangynog is named after the Celtic Saint Cynog, and stands where the rivers Eirth and Tenat meet near the head of Tenat Valley. Once a thriving mining and quarrying centre with a population over 2000 people, it now only has under 300 leaving the town quiet and undisturbed.

Although small, around a hundred years ago, this village was considered popular enough to even have its own railway station. Around this time there were approximately four pubs, six shops, and three chapels. Also, like most villages, it was self-sufficient due to the volume of tradespeople once living in the area.

Much of the shops and pubs have now gone as numbers have fallen leaving a church, two chapels, inns, and a Memorial Hall. However, visitors still come to the area for the exceptional views over the Berwyn mountain range and for hiking, walking, and mountain biking.

Welsh is the first language for most of the residents in Llangynog but English speakers still reside in the village making it accessible to all, including tourists.

St Cynog was the son of Brychan, King of what is now known as Breconshire. He is one of the family of Celtic saints who took the journey and founded the churches across Mid and North Wales during the Fifth Century.

The original church was a wooden building, which was later rebuilt using stone. Little is known about it from before 1791, when it was given a Georgian facelift with round-headed doorways and windows. Overall, the design of the church is timeless.

The Memorial Hall that is further up the road was built of local stone and slate by the mining and quarry men that resided in the village. This Memorial Hall was in ode to the First World War’s fallen soldiers. If you get a chance to visit you will find all of their names above the fireplace on a stone plaque.

Since then, there has been an extension built at the back with a new games room under construction. The Memorial Hall is used to this day for concerts and village functions.

In Llangynog it is thought that the village had been likely used for metal mining dating back since prehistoric or Roman times with the first discovery of lead in 1692.

Llangynog lead mines soon became one of the richest in Britain, especially in the early 18th Century. The mine shafts, now spoil heaps, are still visible to this day on Cyrniau and are used by Revolution Bike Park on their mountain bike trails.

Llangynog was also a major player in the slate quarrying industry and was well known for the quality and durability of their slate.